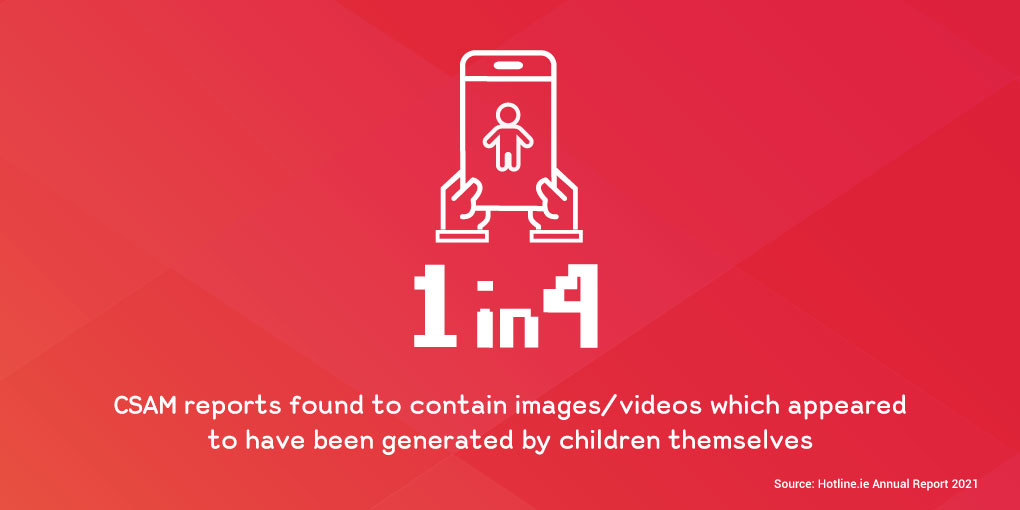 Hotline.ie, the Irish national centre combatting illegal content online, announces the launch of its 2021 Annual Report: People Not Pixels. The team at Hotline.ie works each and every day to reduce the prevalence of illegal content online, break the cycle of abuse and exploitation, and prevent repeat-victimisation of those who have suffered from abuse.

Hotline.ie’s CEO Ana Niculescu, said: “2O21 has been probably the most onerous year in Hotline.ie’s 22-year of operations. When I joined the Irish not-for-profit in 2013, the volume of public reports received that year amounted to 2,568 with 185 reports classified as illegal under Irish law and actioned. Throughout 2021, the small team at Hotline.ie assessed, classified, and actioned 29,794 publicly sourced reports, this is as many reports as the previous three years combined. Half of these reports, which in many cases contained thousands of items, were classified as illegal under Irish law and actioned for removal from the Internet.” 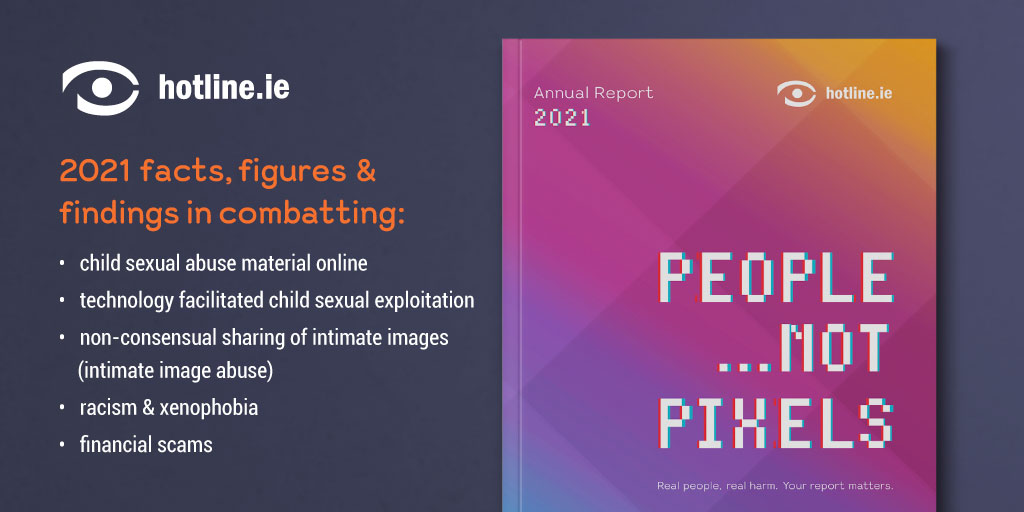 It is a concerning trend as it seeks to normalise the consumption of child sexual abuse imagery; in an attempt to desensitize from the physical and psychological harm suffered by real children who suffer from sexual abuse and exploitation.

Note: The Hotline.ie IIA service was launched in Sept 2021, and as such the Annual Report includes an outlier dedicated IIA Section to enable reporting on the first 12 full months of IIA service operations, namely Sept 21 to Sept 22. 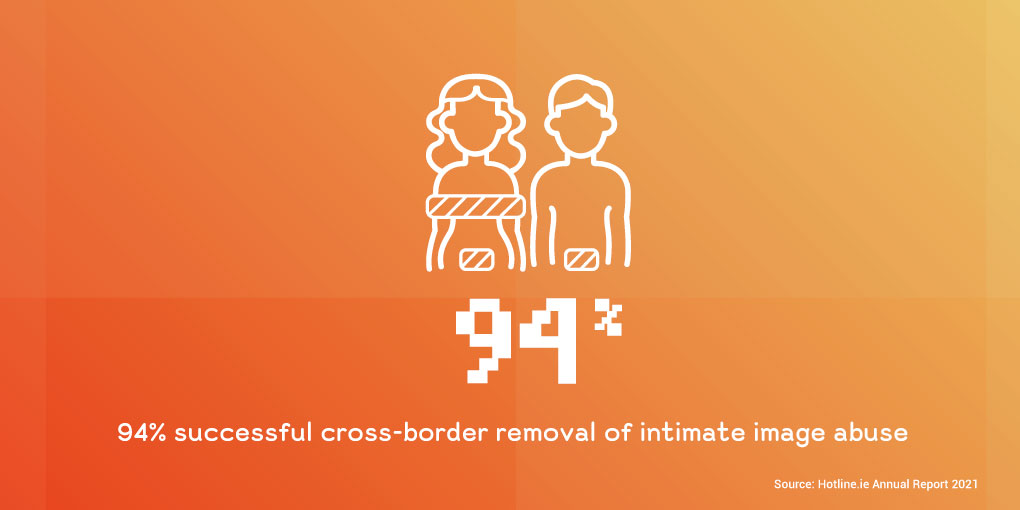 In welcoming the launch of People Not Pixels Hotline.ie 2021 Annual Report, Minister for Justice Simon Harris TD, said, “This marks another year of the important, worthy and difficult work done by Hotline.ie in providing a means for members of the public to confidentially, anonymously and securely report suspected illegal content online. “Each image is a crime. Each image has a victim, or victims, who have suffered abuse, and who are re-victimised each time their abuse is viewed as it is shared across the globe. We must never become hardened or inured to these figures.”

Hotline.ie’s CEO Ana Niculescu, added: “The human toll these figures represent can be overwhelming, but we can’t afford to look away. “I am proud of the role Hotline.ie has played and will continue to play in eradicating illegal content online. “There is reason to be hopeful with online safety and cybercrime moving up the national and global agenda. It’s crucial for collaborative, multi-stakeholder and multi-disciplinary efforts to continue, for more resources to be invested in systems and services for the protection of children and vulnerable people, to provide justice to victims; and it is imperative to bring greater attention to education, awareness and prevention, to create empowered individuals, society, and community, and ultimately sharpen our response through sustained whole-of-society approach.”

The public is given this advice: