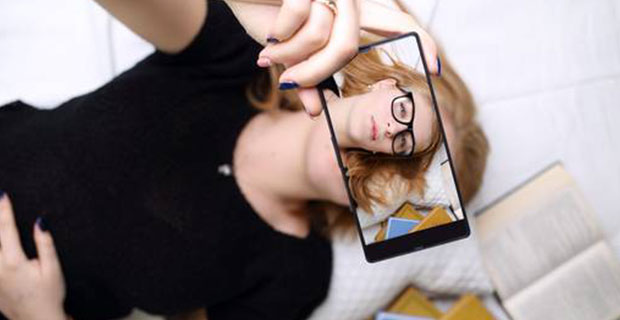 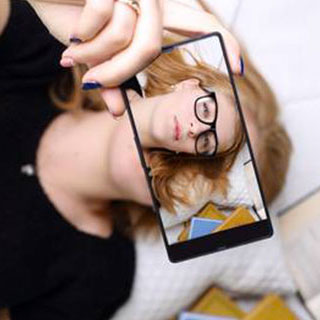 Article by Louise O’Neill. Louise is an award winning Irish author, whose books include: ‘Only Ever Yours’ and ‘Asking For It’. Louise’s latest book ‘Asking For It’ looks at rape culture in the era of the smartphone.

It was August and I had left the office to wade through the thickening air and clammy tourists clogging up Times Square to get the Q Train back to Brooklyn. Leaning against the brick wall of the subway platform, I began to run through the events of day in my head. (Did I send those samples back to Gucci? Did I make yet another stupid mistake? What am I doing with my life?) And then I saw her. A girl in her late teens, sitting by herself, shiny black hair falling around a thin, porcelain face. She was holding her iPhone in front of her, awkwardly trying to take a photo of herself, checking the camera, sighing heavily, then attempting to take another photo. I glanced around me, wanting to catch someone’s eye so that I could confirm that this girl was actually taking a photo of herself with her phone on the subway platform. What was happening?

Yeah, I see that all the time when I visit my family in South Korea,” a colleague told me at ELLE the next day. “Just you wait. It’s going to be huge.”

She was right. In 2013, Oxford Dictionaries named ‘selfie’ their word of the year, and with The Pope, Barack Obama, and David Cameron amongst those snapping sneaky photos of themselves, it appears that the trend shows no sign of abating. We are now faced with the advent of the ‘selfie stick’, or as one commentator on Twitter called it, ‘the wand of Narcissus’, a metal stick with a clamp on one end to hold your iPhone so you can position the camera beyond the normal range of the arm. I presume that girl I saw on the subway all those years ago already has fifty of them.

As with any phenomenon, the rise (and rise) of the Selfie has prompted countless opinion editorials and think-pieces in newspapers and magazines and online blogs, usually decrying modern men and women for our seemingly insatiable need to document every detail of our lives. As they say on Tumblr, ‘Pics or it didn’t happen.’ Much of this focus has been on young women and what many see as their increasingly problematic behaviour online.

The incessant posting of selfies by teenage girls, often in risqué clothing and in highly sexualised poses, has become an issue of great concern to parents and teachers.

Due to my own work writing about the pressures modern women face, it seemed a natural fit when the organisers of Safer Internet Day asked me to attempt to address those concerns.

Having spent many years battling the poor body image that inevitably accompanies an eating disorder, I have often felt uncomfortable in front of a camera. I didn’t want to look at photos of myself because they didn’t reflect how I saw myself, or at least not how I wanted to see myself. I would stare at the photo for hours, anger coursing through me. Anger at myself. Anger at how ugly I was. Anger that I had failed at what was really important in life – being physically attractive. Perhaps this has made me extra sensitive, but I have to admit that I have felt uneasy as I watched the popularity of selfies grow, more and more heavily filtered faces appearing on my Instagram feed, all imperfections blurred away. I wrote on my blog about my fears that selfies seemed to be another manifestation of The Beauty Myth, yet another way of forcing young women to believe that their worth as a human being directly correlates with their ability to attain what is too often an unattainable standard of beauty.

Then I got a new iPhone for Christmas.

A shinier model with an improved camera, it seemed too clever an item to own if I wasn’t going to make the most of it. What would be the harm in just trying it out? An hour (and approximately 363 deleted photos later), I am filtering a selfie until I resemble a Victoria’s Secret model far less attractive older sibling. This is what dreams are made of, people. And I finally realise why people like selfies – there is an element of control, a way in which you can manipulate the manner in which you present yourself to the world around you. We are constantly bombarded with images of women as seen through the male gaze. Isn’t there something empowering about being able to present our own faces and bodies in the way in which we want them to seen, rather than how we are told they ‘should’ be? 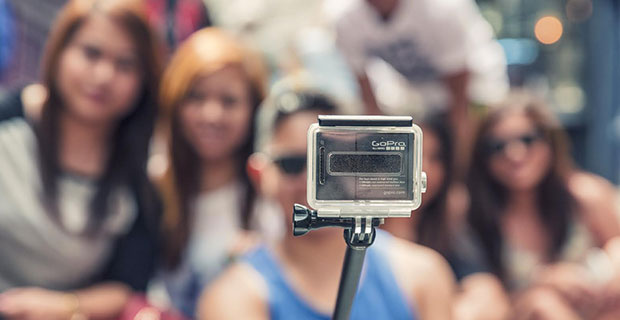 As women, we have been taught from a very young age to be nice, to play the peacemaker, to humble ourselves. Time and time again, I hear women start a sentence with “I’m sorry but….” or “I just wanted to ask…” and “This might seem like a stupid question but…”; their shoulders  hunched forward as if to appear less threatening to the person to whom they are addressing the question. What are we apologising for? For our temerity in daring to ask a question? In having the audacity to take up someone else’s valuable time? It is as if we must prostrate ourselves for daring to take up space in a world that places such a great value on the needs and desires of straight, white men that anyone who fails to fall into these categories is silenced, as surely as if they had their tongues cut out. And when young women are made to feel ‘less than’, like their voices are less worthy of being heard than that of their male peers, in some ways it is uplifting to see a generation of girls fighting back. They post their photos on Instagram, they show their faces to the camera and say bravely, “This is me. I believe that I am beautiful today.”  If adolescence is a time in which we naturally start to separate from our parents and figure out who we are, perhaps selfies can form as vital part of that process, acting as a mirror with which a teenage girl can begin to construct her adult identity, a tool to help her negotiate her sense of self in a digital landscape

Of course, it’s not quite that simple, is it?

As soon as we post that photo, no matter how good we feel about ourselves, an unavoidable waiting game begins.

How many likes will I receive? Will anyone comment on the photo? Tell me I’m pretty, World. Tell me I matter. Tell me I exist. This desire for validation from those around us is a very primal human need. We all just want to be accepted.

Parents, teachers, and other authority figures wring their hands at how highly sexualised the selfies girls post are, and while one could argue that this hysteria surrounding the burgeoning sexuality of young women is rarely directed at their male peers, I can understand their concern. However, shaming teenage girls for attempting to express their sexuality, or attempting to police their usage of social media and the internet is not going to ‘fix’ anything. We need to take a look at the culture which we, the adults, have created that teaches girls that they must look and act in a sexy way, but that to actually identify as a sexual being is somehow dangerous.

The most visible women in the public eye are actresses and pop stars and reality TV stars, all pouting at us in provocative clothing from the covers of magazines. No one is suggesting that women should be ashamed of their bodies and need to cover up but when you play a little role reversal and try and imagine Jay-Z styled in his underwear for the cover of Time Magazine as Beyonce was, the discrepancies become clear. So while girls receive the message that in order to be successful, in order to achieve money and fame and public adoration you need to look sexy, they are simultaneously being regulated by stringent standards of morality that boys are not. Thus The Slane Girl and the Magaluf Girl are vilified and publicly mocked, while the men who were involved are exonerated with a simple “boys will be boys.”

It is a thousand tiny cuts that a girl receives from the moment she is born until when she starts posting incessant Selfies of herself in her bikini, waiting for someone to tell her she’s beautiful.

Her father leaves a copy of The Sun open to a topless model on Page 3… Her mother has coffee with a friend, making ‘harmless’ jokes about the weight that a female celebrity has gained. Her grandmother refuses a biscuit because she’s ‘trying to be good.’ Her older sister leaves a nasty comment on the Daily Mail online about an unflattering outfit choice, her babysitter watches re-runs of America’s Next Top Model, her brother listens to rap music with deeply misogynistic lyrics, her cousin plays Grand Theft Auto for hours on end, talking about some ‘stupid hooker’ that he has killed along the way. A friend buys her a Playboy pencil case for her tenth birthday. She sees push-up bras being sold in the children’s department of her local department store. All small, seemingly inconsequential events – and yet all add to a culture in which that girl will feel constantly sexualised, her inherent value as a person reduced to her physical appearance.

Parents are concerned about the negative impact social media is having on their daughter’s self esteem. They express their fears that the Internet is putting their child at risk, exposing them to pressures that they cannot withstand.

Yet it is not Instagram that is teaching young girls to post twenty sexy photos of themselves in as many minutes. The damage has been done a long time before they are old enough to even know what social networking is.

Perhaps it is we who should be using Safer Internet Day to evaluate our own behaviour and ask ourselves – are you helping to change this culture? Or are you sitting back passively, allowing your daughter, your mother, your sister, your girlfriend or your wife to be reduced to nothing more than a sexual object?