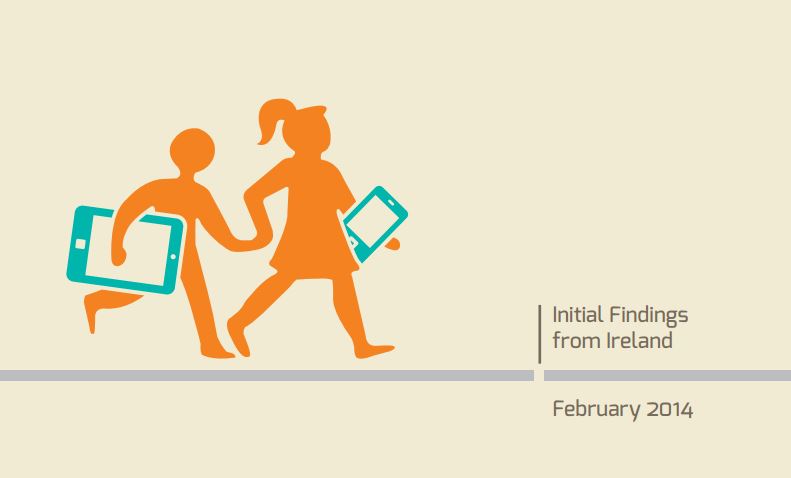 A new Net Children Go Mobile research on children’s use of the internet in Ireland from Dr. Brian O’Neill and Thuy Dinh (DIT) was released on Safer Internet Day 2014. It builds on previous research from the EU Kids Online Project into children’s risks and safety online. For this piece of research, 500 children between the ages of 9 and 16 were interviewed in November and December 2013.

Brian O’Neill, director of the research in Ireland says: “This latest research highlights just how much smartphones, tablets and other mobile devices have transformed young people’s use of the internet, making it all the more accessible but also creating new areas of risks such as increased levels of bullying and exposure to potentially harmful content. New strategies may be needed to ensure young people’s safety and welfare in a post-desktop internet environment”.

•       Smartphones stand out as the most used device for internet access on a daily basis by 9-16 year olds in all contexts.  Smartphones (35%) followed by laptops (29%) and tablets (27%) are the devices used most to go online.

•       Internet access while on the move – such as on the way to school or when out and about – is still limited.  87% of children say they never or almost never do this. Three quarters of young people rely exclusively on free wifi access to go online using their smartphone.

•       Entertainment uses (listening to music and watching video clips online) continue to be the most popular online activities for all age groups.

•       The next most popular use of the internet is visiting a social networking site, especially so for teenagers for whom along with listening to music, is the most reported online activity.

•       8 out of 10 children who use social networking use Facebook as their main profile.