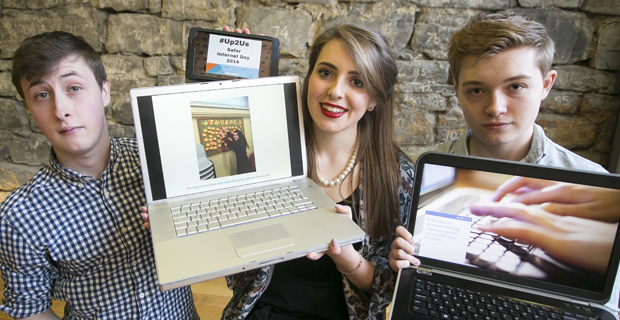 Adam, a member of the Webwise Youth Advisory Panel, made a short video that poses a question: whether those seen in the video are bullying each other or just having banter.

Cyberbullying is hard to define. It can be difficult to know when you are crossing the line between a bit of fun and hurting someone. This short video challenges young people to relect on this issue.

It’s for the audience to decide once they view the video whether it’s bullying or not.

Bullying or Banter? – Watch the Video and Make Your Own Mind UP

Adam is a young amateur film-maker, freelance journalist, and photographer. Filming things in his life is a huge passion of his. He shares his videos on his YouTube channel: This Guy Called Adam.

Adam presented his film on bullying to Minster for Education and Skills, Ruairí Quinn TD at the Safer Internet Day event in the Wood Quay Venue on the 10th February 2014. The Minister was very taken with is work. 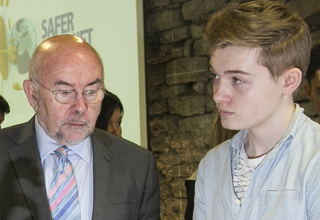 Adam was one of the 35 members of the Webwise Youth Panel that helped create the #UP2US Anti-bullying campaign. This campaign reaches out to young people and encourages them to address the issue of bullying themselves by taking action in their schools and communities.

This video is just one of the many youth-led actions that has contributed to creating a positive anti-bullying culture in schools, clubs, and also on social media sites using messages generated by young people and disseminated amongst their peers.

You can find out more about how you can get invovled by visiting the campaign website.