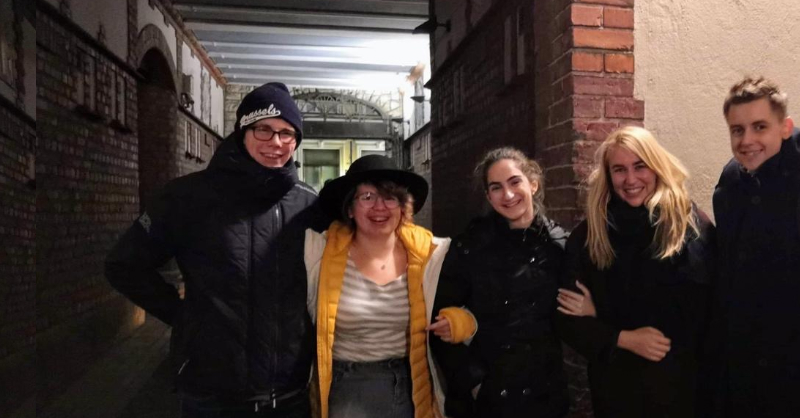 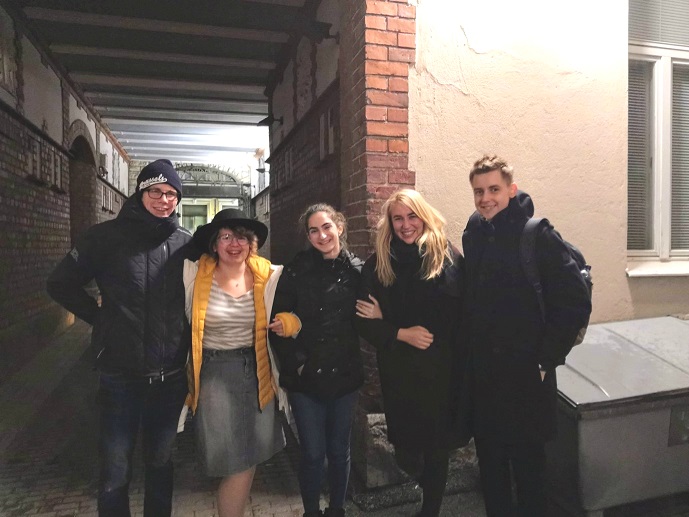 Online safety and digital citizenship is very much an issue for young people in today’s world, and this is why Webwise, and the European equivalent Better Internet 4 for Kids, work tirelessly to advocate for a safer internet for all.

I’m lucky to be a member of the Better Internet for Kids Youth Panel and an Online Safety Ambassador, having represented Webwise at the Safer Internet Forum in Brussels last year. As part of this team of young people from across Europe, I was delighted to get the opportunity to go to the COFACE: Shaping Healthy Environments for Children Conference in Helsinki in Finland where we had the opportunity to share the work that we do, both at European and national levels. See more about BIK and the COFACE Conference here

I arrived in Helsinki on October 2nd after a 3-hour flight from Dublin – my day however started much earlier as I boarded the JJ Kavanagh bus from Tipperary to Dublin airport at 5.25am. My first afternoon gave me an opportunity to explore Helsinki, accompanied by Frida, a member of the BIK Youth Panel from Finland. This was incredible as it was like having a personal tour guide! We spent the first day exploring the city and a couple of the shopping areas and, of course, we checked out some places to eat. Helsinki is a beautiful city sitting on a small peninsula in the Gulf of Finland, and has a wealth of museums, cathedrals and beautiful parks and walks to explore.

On Thursday the rest of the BIK team arrived – Algirdas from Lithuania, Simona from Bulgaria, and Sabrina, our mentor from BIK in Brussels. During the day we explored a bit more of the city, before heading to the opening ceremony of the conference, which took place in Helsinki Town Hall.

At the reception in the town hall in Helsinki

At the opening ceremony, a few members of COFACE spoke, as well as the President Annemie Drieskens. It was very interesting speaking to these people afterwards to find out more about their work, and how they are involving the youth voice throughout their organisation and their decision making. The youth voice is so important in the work of Webwise and BIK, and it was great to hear that COFACE valued the voice and experience of young people in their work too.

We were all exhausted that night, but not too tired to take a group photo. As you can see we were all very glad to see each other again, as we had not been together since the Safer Internet Forum in November last year. 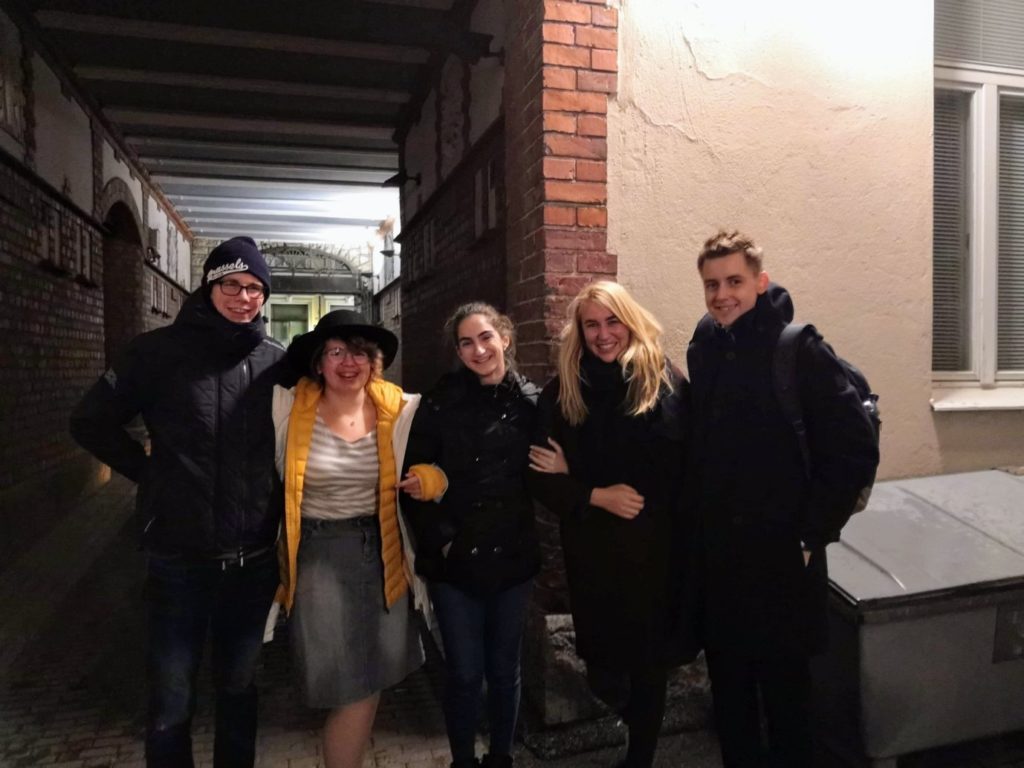 Left to right : Myself, Frida, Simona, Sabrina and Algirdas. 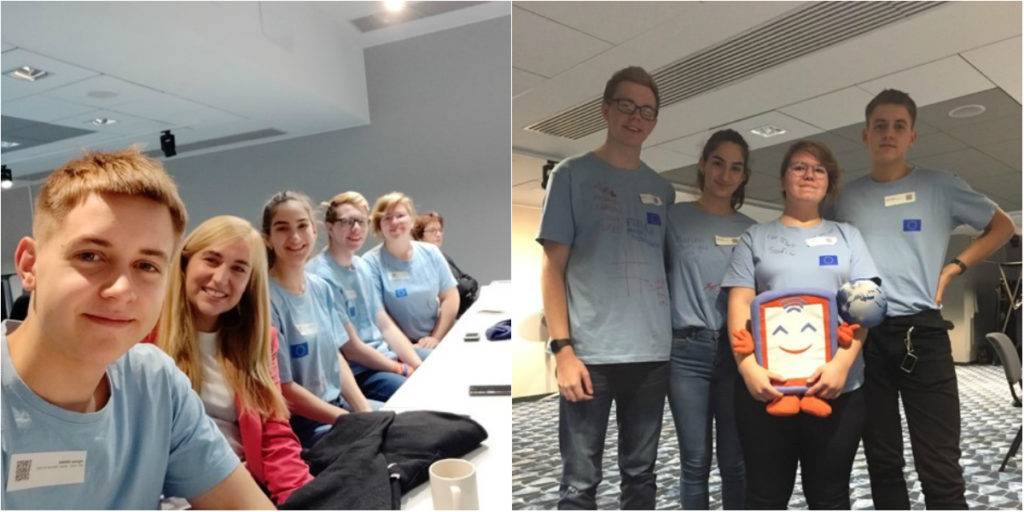 The BIK team ready for action

The morning keynote sessions were very interesting – the focus was very much on the positive impact of different laws and incentives that had been introduced to create a safer environment  for children. A major focus of the session was looking at things through the eyes of children identifying what is important for children and how to address issues and potential dangers. I was struck by the range of stakeholders in attendance which really underlines how we all need to work together to create better environments for young people. 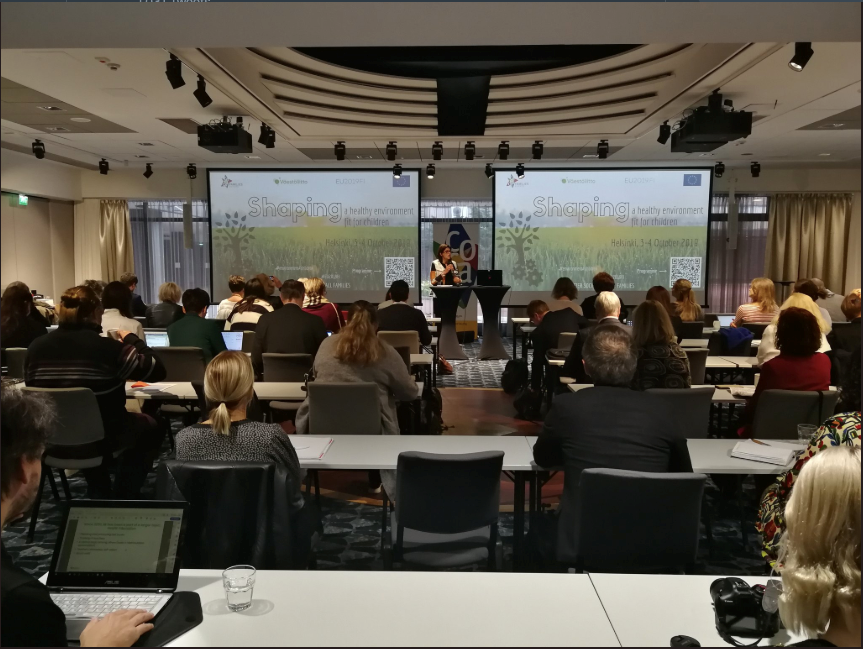 The different sessions that were on during the day were also very interesting. One of my favourite sessions was the presented by “Child Friendly Leeds”,  where a representative spoke about the efforts they make to make the children the centre of the decision making. They had a very hands on way of looking at the whole situation. By gathering children’s 12 wishes they came up with a collective list of what needs to be done to fulfil the children’s needs – really giving children a voice in decisions that are made in the city.

During the lunch break, BIK Youth had our own networking hotspot where we presented our work as the  youth voice in promoting internet safety, and in particular our #MyDigitalSelfandI campaign where we aim to encourage young people to be more aware of their online identity and question the identities of those they interact with online. We were delighted to share our work and to have an opportunity to speak to a wide range of people about our concerns and possible solutions.

We also got an opportunity to speak about the work that we do in our own countries – I had brought some materials produced by Webwise to support parents in having conversations with their children about staying safe online and I also had an opportunity to speak about, and share the latest Webwise resource #Connected, which focuses on how young people interact online and the impact of these interactions. 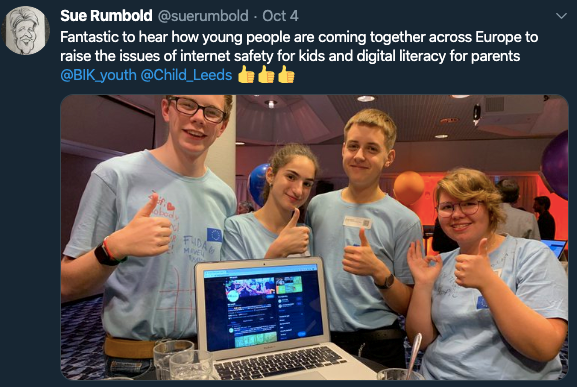 In the evening we were called to arms to support our mentor Sabrina during her evening session where we spoke about all things that influence young people online, for example adverts and social influencers! The session overall was interesting and informative, and I definitely learned a thing or two. When Sabrina was wrapping up her presentation on digital literacy and how important it is, she brought up the video that BIK youth made last year on our #MyDigitalSelfandI campaign so that we could show it to a wider audience and encourage stakeholders to bring the online safety message back to their organisations and countries. You can see our campaign here

The whole event was a great success and I was delighted to have an opportunity to attend. I got to meet a lot of people from different industries and also had an opportunity to view what other countries are doing to try and build a safer environment for all young people across Europe. The key message is that we must all work together to build a safer online environment for children. Young people today spend much of their lives online and we need to ensure that this environment is a positive one and as safe as possible.