The Law on Sexting – Important Considerations for Schools

Webwise.ie / Teachers  / Advice for Teachers  / The Law on Sexting – Important Considerations for Schools 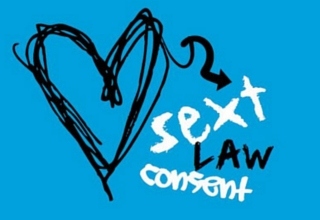 The Law on Sexting – Important Considerations for Schools 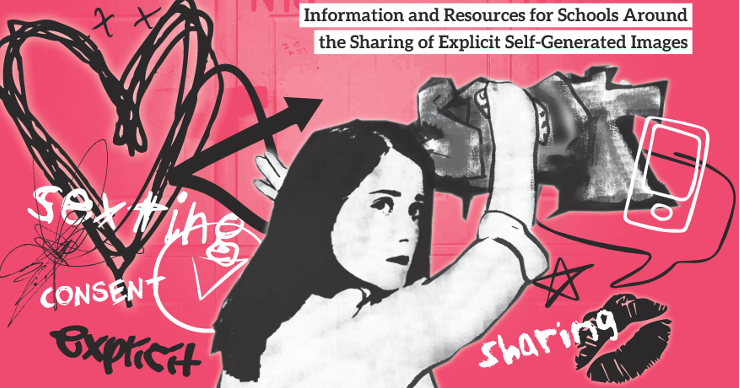 There is currently no law in Ireland that specifically governs the act of exchanging intimate content online or the more problematic non-consensual sharing of explicit content.

What does the law say?

Child Trafficking and Pornography Act 1998
The sharing of explicit images of minors is captured by the Child Trafficking and Pornography Act 1998. This act was designed to protect children from exploitation. If sexual images or videos of a child (under 18 years of age) are shared or stored on a device the act can be invoked, provided the content shared meets the definition of child pornography. Self-produced explicit images exchanged by adolescents, under the age of 18, could be considered as child pornography.

In short, any photo, video or audio recording that shows a child engaged in sexual activity, or that focuses specifically on the genital region of a child is considered as child pornography. It is less clear whether content that is provocative rather than sexually explicit is illegal. Part of the act could be interpreted so that almost any provocative content produced or sent by a child could be considered as child pornography. Ultimately only a court would decide if particular content could be considered illegal under this section.

All cases involving the creation, distribution or possession of explicit images of children are potentially criminal and should be reported to An Garda Síochána. The duty to notify the Gardaí in these cases would appear to be required by the Withholding of Information on Offences Against Children and Vulnerable Persons Act 2012.

The Law Reform Commission is currently reviewing the law on cyber-crime affecting personal safety, privacy and reputation, as part of the Fourth Programme of Law Reform. There are barriers to the non-consensual sharing of explicit images being prosecuted under section 10 of the Non- Fatal Offences Against the Person Act 1997 because of the definition of the term ‘harassment’. For behaviour to be considered as harassment it needs to be ‘persistent’ and also a direct form of communication with the victim. This means that the once-off non-consensual sharing of an album of explicit images on a public website might not be considered a crime as the communication would be neither persistent nor a direct form of communication with the victim.

It is likely that the Communications Regulation (Amendment) Act 2007 will be amended to include electronic messages and communications by social media. In its current form, the act makes it an offence to send by telephone any message that is grossly offensive, or is indecent, obscene or menacing, or (b) for the purpose of causing annoyance, inconvenience, or needless anxiety to another person–(i) sends by telephone any message that the sender knows to be false, or (ii) persistently makes telephone calls to another person without reasonable cause. This particular issue is currently under review by the Law Reform Commission. Again, however, it is not up to schools to make a judgement on whether behaviour is illegal or not. This call must be left to law enforcement agents. Schools have a duty to notify the Gardaí, who will then establish if harassment or extortion has taken place.

The Children First Act 2015 means that teachers have a legal obligation to file a report to Tusla – Child and Family Agency should they know, believe or have reasonable grounds to suspect that a child is being harmed, has been harmed or is at risk of being harmed. Teachers must also report disclosures made by a child. The Child Trafficking and Pornography Act states that the creation, distribution and possession of child pornography are all illegal. This could be interpreted as meaning that anyone who creates, sends, shares, stores or even just receives explicit images of a child under the age of 18 could potentially be prosecuted under the 1998 Act.

In cases of self-generated explicit content or ‘nude selfies’, the person him/herself can be the creator, distributor and possessor of illegal content. The law in this area was designed to protect children from exploitation and not to criminalise their reckless acts. That said, approaches will differ from Garda Station to Garda Station. There is no protocol in place directing Gardaí on how to deal with ‘nude selfies’ of adolescents.

What are the punishments?

As the act was not originally intended to deal with ‘nude selfies’ of teens, but rather for people guilty of trading in child abuse images, the punishments for people found guilty under the act are harsh. Punishments include imprisonment, a fine and also placement on the sex offenders register.

With certain offences there is a discretion as to whether an individual is placed on the register (for example, where the two persons involved are similar in age). However, for the offences of creation, distribution and possession of child pornography no such discretion exists. Therefore, if a person is convicted of such an offence, that person will automatically be placed on the register for at least 2 ½ years.

Civil law and the school’s duty of care

A school must also note the potential exposure to civil law litigation which may arise on foot of the sexting/non-consensual sharing of explicit images. It is well established that a school owes a duty of care to its students and the duty extends to ensuring students are not exposed to a risk of injuries caused by bullying. Given the nature of non-consensual sharing of explicit images, it is at least arguable, that a school will be expected to take active steps in ensuring that its students are informed of the dangers and consequences of such activity.

The courts have yet to consider the extent of the duty of care in respect of cyber-bullying or sexting/non-consensual sharing of explicit images. However, schools should be aware that they do owe a duty to their students and they must ensure that the standard of care is reached in order to avoid a finding that they failed to discharge the duty.

​The Government has approved the general scheme of the Online Safety and Media Regulation Bill and the start of detailed legal drafting of the Bill by the Office of the Attorney General. The Bill provides for the appointment of an Online Safety Commissioner as part of a wider Media Commission to oversee the new regulatory framework for online safety. The Commissioner will govern this new framework through binding online safety codes and robust compliance, enforcement and sanction powers.

You can find more information for school leaders on the topic here.