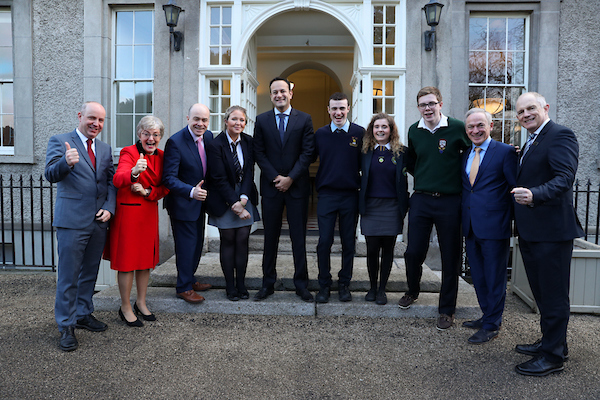 We hear from two of our Youth panellists, Lorcan, from Borrisokane Community College, Offaly, and Eiman from Scoil Mhuire Community School, Kildare, who talk about their experience representing the Webwise Youth Panel at the Open Policy Debate on Online Safety. 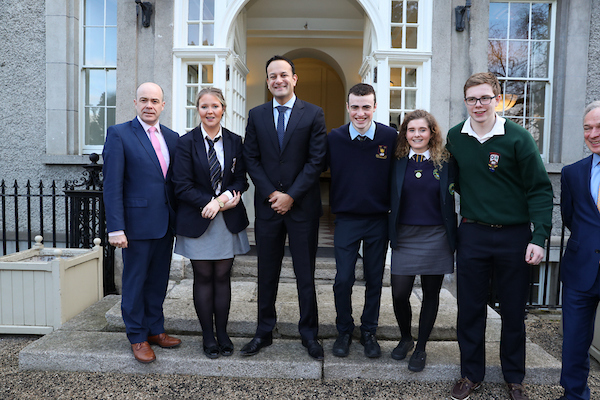 Thursday morning was an extra early start. Not the bus to Borrisokane Community College for a change. Up and out early to catch the 6.28am train from Templemore to Dublin for the Open Policy Debate on Internet Safety organised by Minister Denis Naughten and the Department of Communications, Climate Action and Environment. I was invited along to represent the student voice by Webwise as I am a member of the Youth Panel (more on this later). 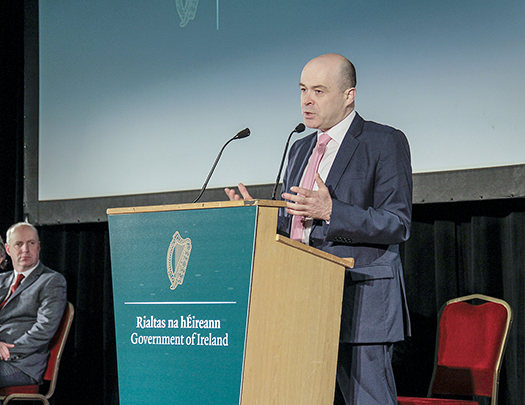 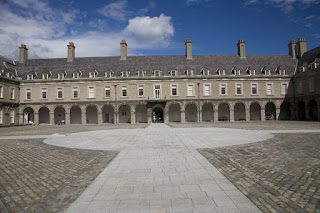 The salubrious surroundings of the Irish Museum of Modern Art in the Royal Hospital Kilmainham was the setting for the event. This building looks a lot like Les Invalides in Paris and that is no surprise as it was built for the same purpose of being a military hospital. It is a beautiful and very historic building and added a sense of importance to the day. 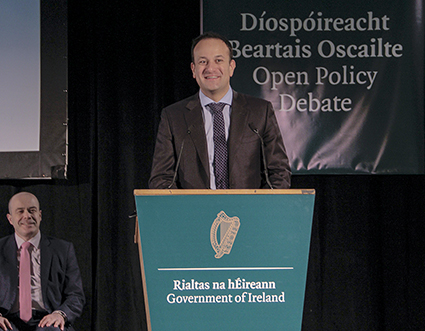 The importance of the theme for the day – online safety was reflected in the team of Government Ministers and TDs that attended spoke and took part. An Taoiseach, Leo Varadkar gave the opening address to the packed room. He spoke of how the forum was a ‘valuable opportunity to discuss how we can better protect our young people online’.
The Taoiseach spoke of both the benefits and risks involved in being online. I was personally pleased to hear him acknowledge that ‘a wide range of stakeholders including parents, educators, tech firms and law enforcement have roles to play in making the internet a safer place’. I firmly believe that we all need to work together to ensure that our own and future generations can benefit from being online and using digital technology while also addressing the growing risks and dangers. 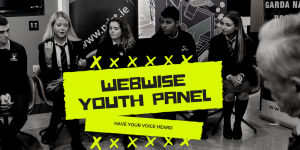 My role on the day as I mentioned at the start of my blog was to represent the voice of young people. I’m lucky to be a member of the Webwise Youth Panel. We are a group of young people from around Ireland who play an active role in ensuring that the student voice is heard in all things digital and in relation to internet safety. We also play a key role in organising Safer Internet Day campaigns in schools annually for Safer Internet Day. After the Open Policy debate, myself and some of the youth panellists took part in research into the opportunities and risks of digitalisation for young people with Professor Brian O’ Neill in DIT. You can read more about this experience here. Webwise has a wide range of supports for teachers and parents, they are free and available online. There are resources suitable for primary and secondary school students – check out their resources.
As part of the open policy debate, myself and a number of my fellow youth panelists took part in breakout sessions and table discussions. It was refreshing to bring the student voice to the debate and I was struck by how interested the other stakeholders at my table were in my opinions and my experiences. My fellow youth panelists Síofra Harkin and Cillian Fogarty brought the student voice to the panel Q and A that followed the table discussions. Reflecting on the day, I am delighted with how the student voice was recognised and respected. We are the future generation and we are addressing internet safety not only for ourselves but for others. Grania Long from the ISPCC described online safety as ‘the child protection issue of our time’. A stark reminder of how serious this is. 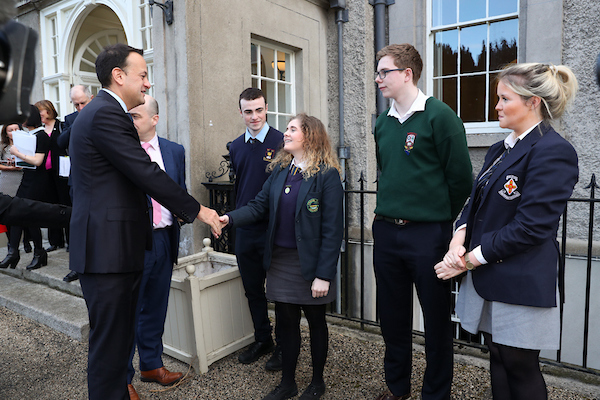 The debate throughout the day was robust at times, but everyone in attendance was in agreement that this was an issue of huge importance. We all have a role to play – parents, students, schools, industry, and Government.
Minister Naughten brought the debate to a close with a clear determination to develop a comprehensive action plan for online safety. One commentator on my Twitter feed described him as a ‘man on a mission’. We need this mission and we need a successful outcome for everyone.  I hope we succeed and I hope that we students can be part of that mission too!
Thank you to Tracy, Jane, and Aideen on the Webwise Team, Minister Naughten and the DCCAE, Professor Brian O’ Neill, DIT and everyone who supported us in sharing our student voices!
Keep up to date with Lorcan on his blog. 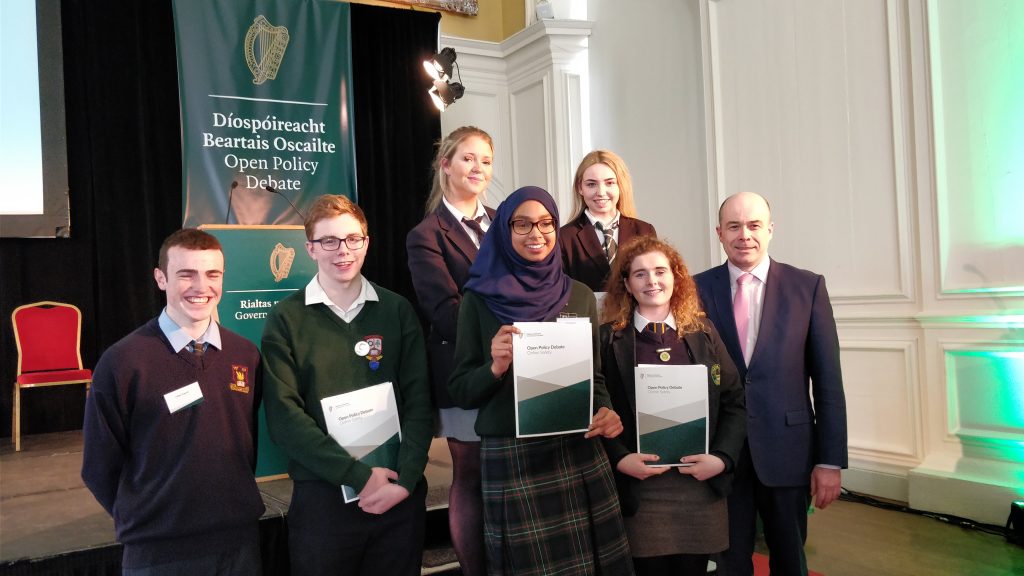 My experience at the Open Policy Debate for Online Safety was quite enjoyable. I’ll admit, I’m an activist for safety online. However, I had no idea what the government were/are doing to solve the problem. So to go to the event and to get informed about what different organisations and the government are aiming for to make change was refreshing to say the least.

We were all seated at tables and mine was with people from Facebook, ISPCC and Cómhairle na nÓg and even Virgin Media. I’m glad people from all over the internet spectrum were there and we were all able to voice out opinion on what should be the priority for the government on implicating a safer internet experience in Ireland.

Finally, I’m beyond pleased that there were youth there like myself, to get involved in making an action plan. Our voices were heard and we were treated like adults, which is completely new to me! The fact that they had teens on the panel, shows that Ireland is heading in the right direction, as we are the majority of people using the internet and also the most vulnerable.

All in all, a great experience and I’m excited for the future of Ireland for safer internet.