Explained: What is Pokémon Go?

Webwise.ie / Parents  / Get informed  / Explained: What is Pokémon Go? 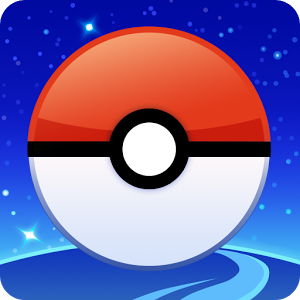 Explained: What is Pokémon Go?

Pokémon Go is a free smartphone app that combines gaming with the real world. The game uses location tracking and mapping technology to create an ‘augmented reality’ where players catch and train Pokémon characters in real locations. In this article, we look at how Pokémon Go works and answer some frequently asked questions from parents.

Users must be 13 or over to sign-up for the game. However the terms do state that parents of children under 13 can sign-up to the game on behalf of their children.

Pokémon (short for pocket monster) is a franchise owned by Nintendo and began life in the mid 90’s as a game for the Game Boy. The game centered on fictional characters know as Pokemon which humans (Pokémon Trainers) catch and train to battle each other. The Japanese franchise became well known for its unique graphics and cute characters. The popular game grew into a successful franchise which spanned TV, trading cards, comics and toys. 20 years later Pokémon has made a big come back in the form of a location based smartphone game.

There are two options for signing up to the game. Users can use their Google account to sign in, alternatively users can create a Pokémon Trainer Club account, which comes with added benefits (Newsletter subscription and Gaming codes). Once the account is set up users can create their profile and choose their username .

How does it work? 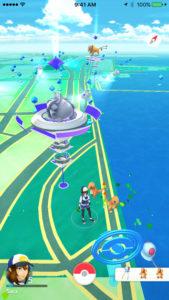 As users walk around the real word, Pokémon characters appear on the game map. When users come within a close enough range the Pokémon will appear on the device screen and users throw Poké Balls at them to capture them. The aim is to collect as many different characters as possible.
The map is an anime-style version of Google maps that replaces real street names and landmarks with Pokémon specific buildings.

Another feature of the game are Poké Stops which are real life locations where users can usually collect free Poké Balls (used to catch Pokémon). Players can also find Pokémon eggs that hatch into Pokémon and can be added to a user’s collection.

Why is it so popular?

One of the reasons for its popularity is it is free to download and very easy to play. For many players the game is nostalgic, Pokémon became a phenomenon in the late 90’s early 00’s. This is also the first time an augmented reality game has come into the main stream. Young people in particular have been captured by the gaming experience which overlays animated Pokémon characters into the real world.

Is there a multi-player mode?

Currently there is no multiplayer function but the game developers are still exploring multiplayer options. The only social part of the game occurs when battling for control of a Gym. The game does not allow for players to play their friends, however we expect to see some additions to functionality in the future.

Users can go to Gyms to train or battle other Pokémon. At a certain level players will be asked to join a team which will then give them the ability to assign Pokémon you’ve caught to open a gym. Users must travel to the gym location to use it, if the gym is the same colour as the players team the user can train in that gym. If the gym is another team colour, users can go in and battle for control of that gym.

Is it available in Ireland?

Due to the unforeseen popularity the official launch of the app in Ireland has been delayed indefinitely. However game owners will be keen to get it to market as soon as possible.

Does it cost anything?

The app is free to download however there is an option to use in-game currency called Poké Coins, these can be used to buy Poké Balls (used to capture Pokémon). Users do not need to purchase currency to play the game. Like most other apps, purchasing these may make the game slightly easier. Parents can restrict app purchases on their own smartphones and their child’s smartphone. This can normally be done by going to the settings on your phone or tablet.

For more information on the game go to: pokemongo.com/en-us/

What do parents need to know?

Pokémon Go is still in its infancy as a game, we expect to see lots of updates and changes as it grows in popularity. One of the biggest concerns is the app encourages kids to explore different locations in the real world. This brings up obvious risks for young people including encountering strangers, venturing to strange locations and potentially injuring themselves during play. Get more information and advice for parents on the game here: webwise.ie/5-things-parents-need-know-pokemon-go/