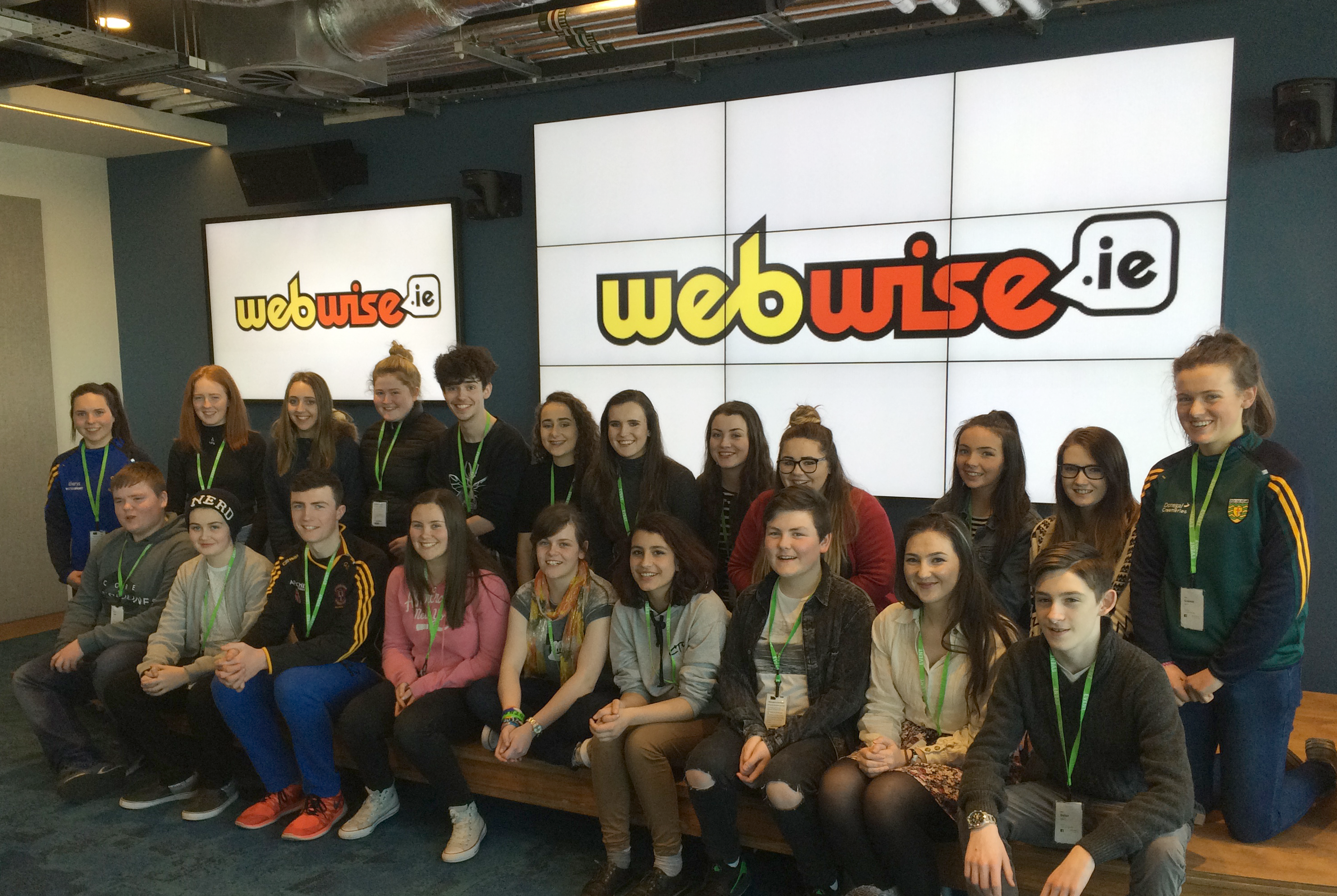 In News, Youth Events and Activities 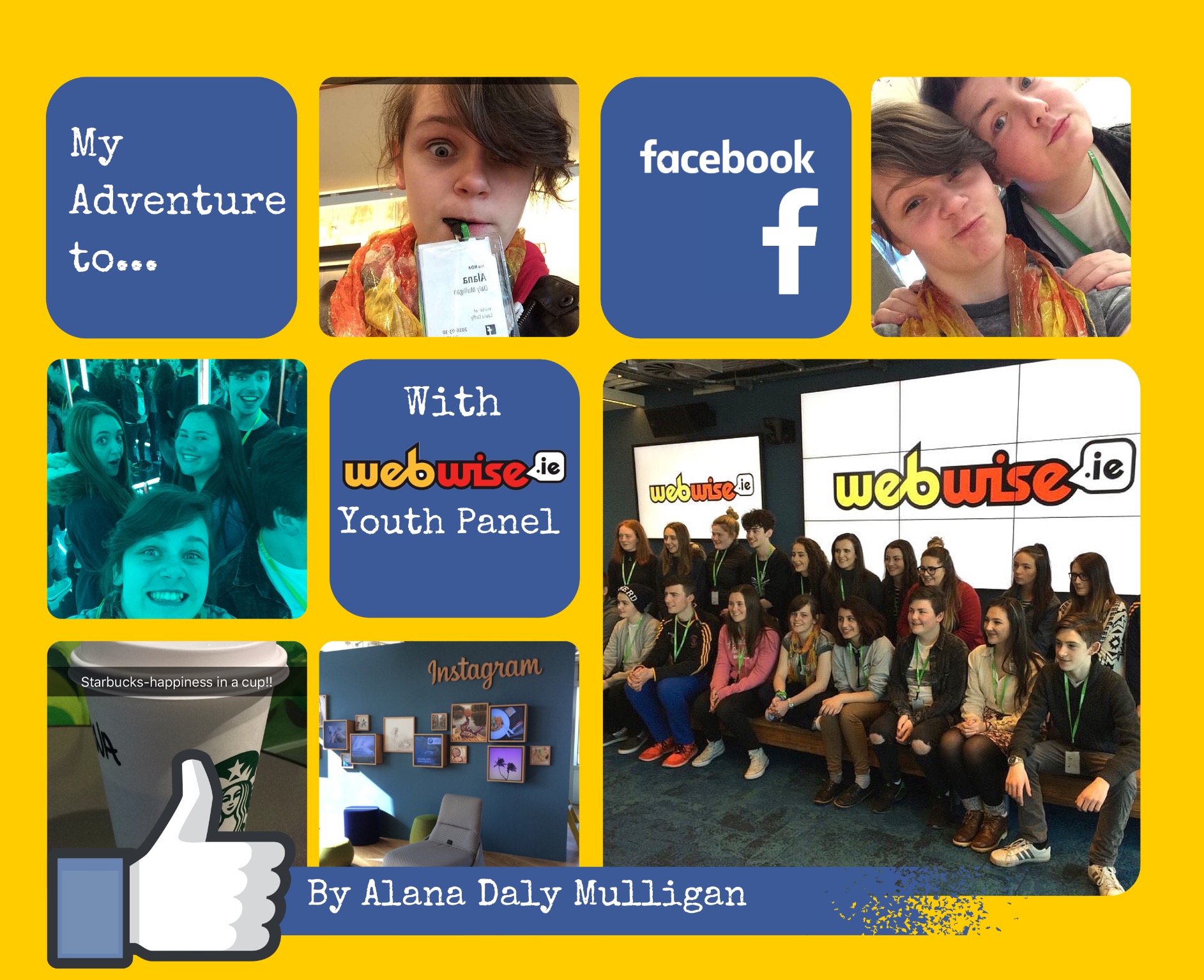 It was 6:00am when I heard my alarm blaring at my bedside. It was time to get ready, I was so excited to visit Facebook Dublin with the Webwise Youth Panel – I honestly couldn’t believe it, but I don’t think that it had registered fully until I got on the bus from Waterford Bus Station to Busáras. The trip up was long but I kept entertained as I flicked through my Facebook newsfeed, liking posts, watching videos, relaxing while keeping connected…

I arrived in Busáras around 9:40am-great! I had made it to Dublin in one piece, achievement number one for the day! I had never been in Dublin on my own before, so I was a bit nervous, but, in a good way. Dublin is one of my favourite places, it is so exciting and has such a unique atmosphere that won’t find anywhere else. I had decided the night before that I would walk from Busáras to the Facebook offices with the help of my trusty Google Maps. The idea behind this was that I would get to see all the 1916 Commemoration goings on as well as familiarise myself a bit with the streets of Dublin. It started well enough, I managed to cross the street, go over the bridge, all seemed fine. Until I noticed google maps was bringing me down every side street and back alley in Dublin city! I eventually made it out of the maze of streets to find myself outside the Facebook offices at around 10:00am, even better, there was a Starbucks just opposite the buildings, so of course I went in for *the finest* hot chocolate in the land!

After sending multiple Snapchats, texts and Facebook messages, I decided to leave the comfort of Starbucks and go wait outside Facebook! All of the Webwise team eventually all gathered at the door of a big, tall, glass building with a cool, intricate design on the side. I was buzzing! I couldn’t believe it was happening. We went inside to the swish lobby where we were warmly greeted and given badges. As we all mingled and expressed our excitement, we talked about all our favourite social media apps, school, Donald Trump, among others things. We were then brought up an elevator that brought us to “The Sixth Floor”.

We were absolutely blown away when we stepped out, there was an all-you-can-eat sweet cart, an Ice-cream parlour, a rooftop seating area, colourful couches, learning centre and an Instagram booth! The offices were so cheery, colourful and vibrant, a dream work environment.

We wandered down the winding corridors adorned with motivational posters to go into our meeting room. It was massive!! There were tv’s everywhere and a huge (and of course colourful) boardroom table in front of a large screen. The room was topped off with a magnificent sweeping view of Dublin city and the streets below. I think it would be fair to say, we were all blown away. 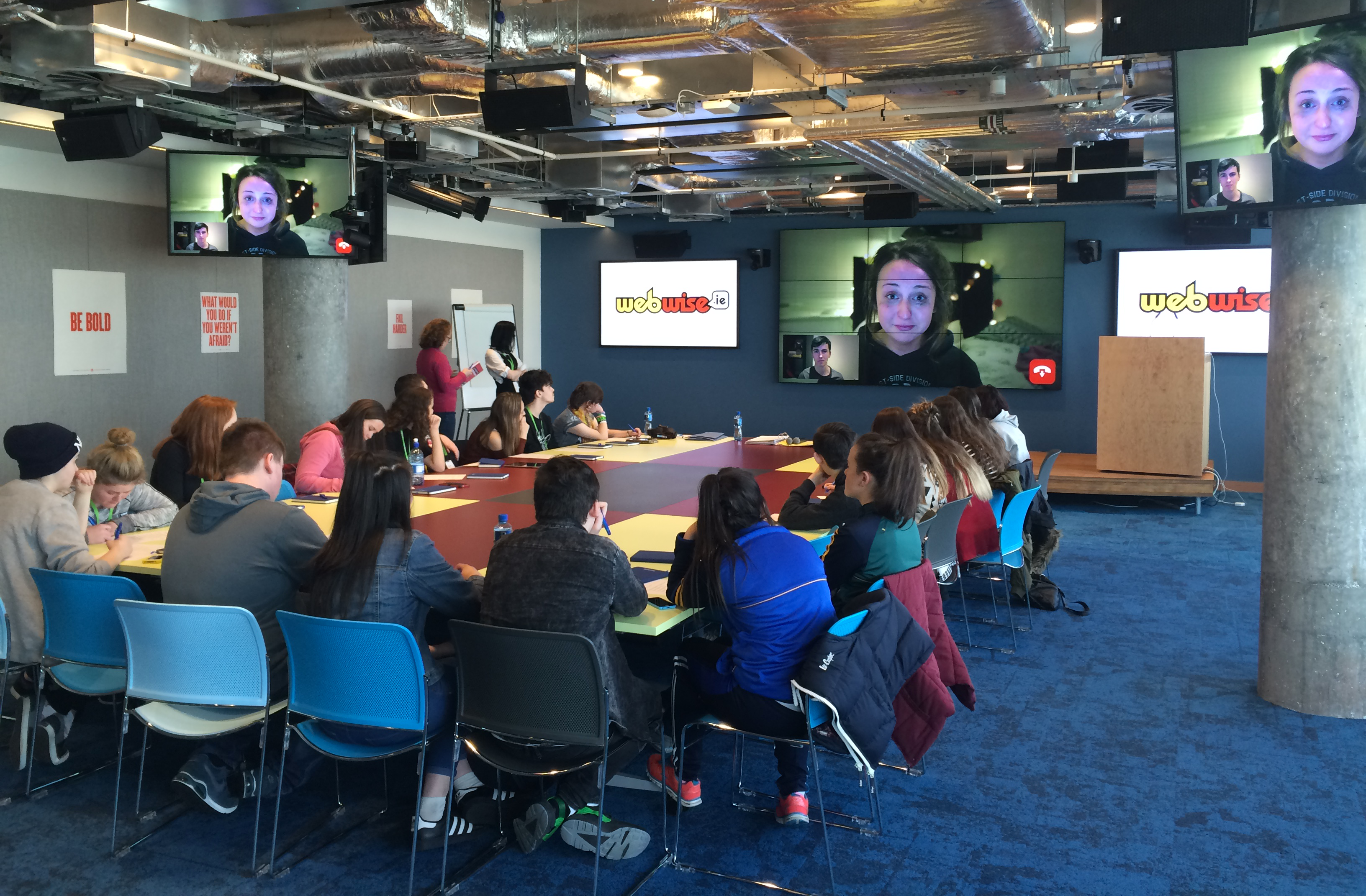 When everyone had gathered in the room, we started with some icebreakers which included swapping items of clothing-always a good laugh!! Then, we discussed what we had done for safer internet day in our schools-it was very cool to see all the work everyone had put into their campaigns. We also discussed the success of the Safer Internet Campaign on a national level – it was great to see that more young people had decided to work towards better behaviour online. (We were also thrilled that one of the videos went viral-how cool is that?!) After all the
discussions, we broke for lunch-all thanks to Facebook-who provided one of the best pizzas I have ever eaten.

After lunch, the wonderful Julie from the Facebook Safety team talked to us about safety on Facebook and afterwards we had an engaging Q+A Session with Julie. We all learned so much and I really enjoyed hearing everyone’s questions and ideas for Facebook. 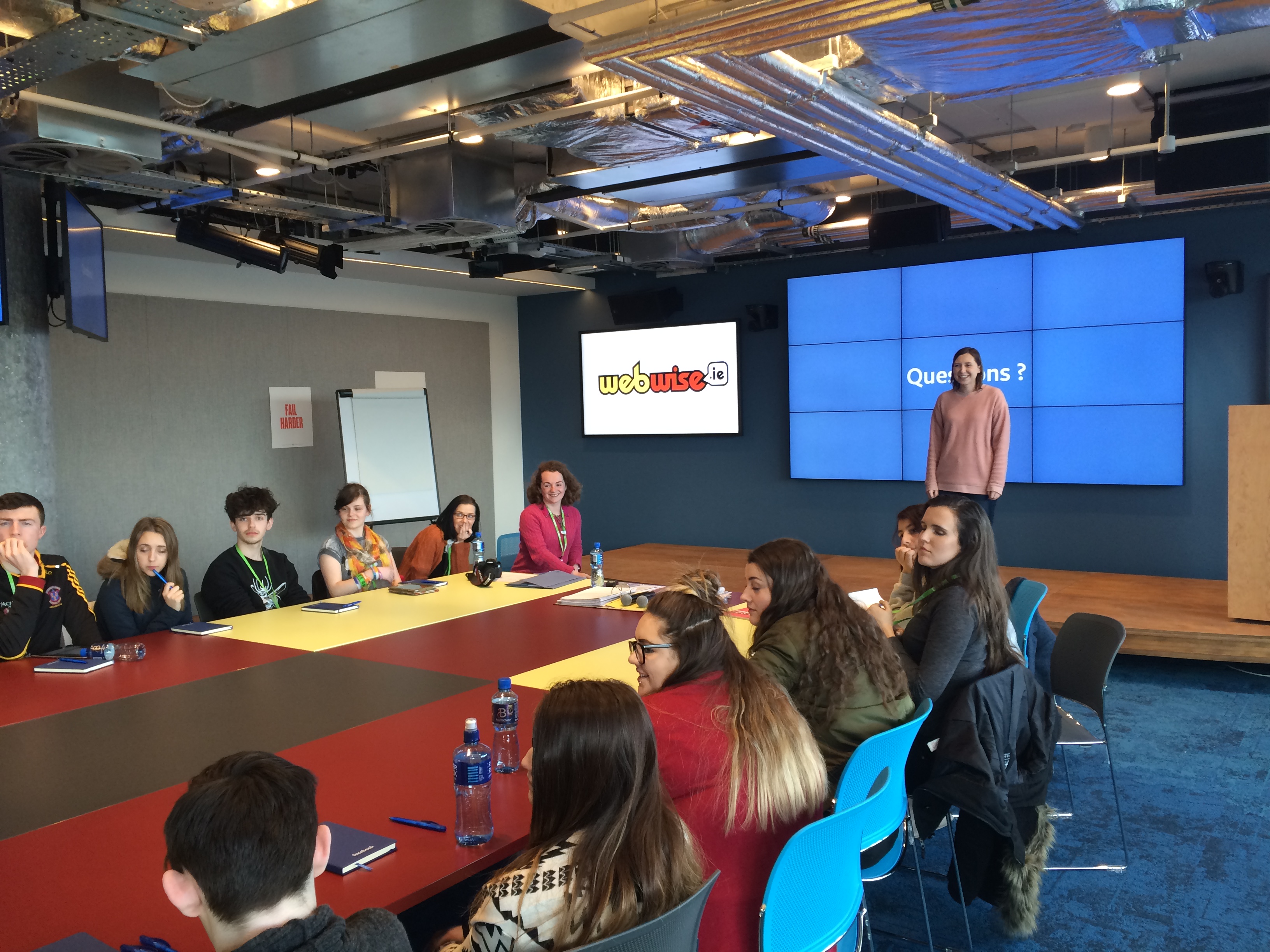 We finished off the day with Ice-cream from the ice-cream parlour (I had honeycomb and it was delicious!) and a tour of Facebook’s partner centre with Cara.

We visited the Instagram booth, looked at how Facebook makes itself accessible to all audiences and the impressive steps Facebook is taking to bring wifi to parts of the unconnected world.

I loved looking at the developments in Artificial Intelligence, it was really cool to see that sort of revolutionary technology being created by Facebook.

The day was fantastic. I honestly cannot say thank you enough to the wonderful people at Webwise who organised this jam packed day. I was so mightily impressed with Facebook and came back from my visit feeling super inspired and motivated-it’s an experience I won’t forget for a long time and I think everyone should get the chance to visit the offices and see the brilliant work being done there!