Advice for Parents on the use of Social Networking Websites

Webwise.ie / Parents  / Get Advice  / Advice for Parents on the use of Social Networking Websites

Advice for Parents on the use of Social Networking Websites

New research, released in June 2012, revealed that three in five Irish children between the ages of nine and 16 have a profile on a social networking website. According to the study, maintaining a profile is the third most popular thing to do on the internet for kids. It has confirmed what many of us already knew.

Whether we like it or not, social networking is part of young people’s lives. It has been for some time and it will be for some time to come.

Like a lot of the internet, there is content on social networking sites we would prefer young people did not see. The other side of the argument holds that there can be fantastic educational benefit from social networking.

As a parent, when your child first asks you if they can set up a profile, it can be an intimidating experience and a step into the unknown.

What are the Risks of Social Networking?

Irish parents, according to recent data from the EU Kids Online research, now worry more about what their children are getting up to online than they do about young people’s alcohol or drug habits.

Many of the risks posed by social networking websites are risks your child faces every day in the “real world”.

Parents worry most about online predators who target kids

First and foremost, many parents worry that by allowing their kids to set up a profile, they will be contacted by strangers or predators who want to befriend and possibly abuse them.

While this has happened, it’s important to stress that instances of grooming are rare. And Irish children are generally much more aware of their online safety and privacy than our European counterparts, according to the EU Kids Online research.

Cyberbullying is also a significant risk for children taking their first steps on Bebo, Facebook or Twitter.

There have been many high profile incidents of bullying online – which is often a continuation of traditional school yard bullying – and its consequences for young children.

Often, cyberbullying is characterised by the continual posting of nasty comments or embarrassing images, and, it can be more distressing for your child should they be on the receiving end, as posting online gives bullies a far larger audience.

Other risks include fears over personal information disclosures, fears over identity theft and concerns that a youngster might see upsetting and inappropriate content.

However, in reality, this is impossible to police and many children are active online after signing up using a false date of birth. 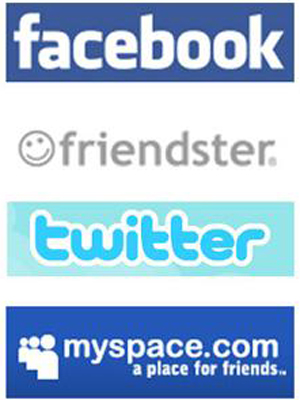 Webwise promotes internet discovery together – so we suggest that if your child wants to set up a profile, do it together. This makes it far easier for your child to share their positive and negative experiences and will make you their first point of contact if they are upset or distressed by something online.

Perhaps you could also agree ground rules with your child.

Say for example that you agree that your child can only connect with friends approved by you, or that they can stay online for 30 minutes a day. Practical rules will help and if agreed by you and your child, they can help keep the channels of communication open.

Discussing the risks associated with meeting online contacts offline should also form a major part of your induction to social networking.

Stress to your child that they should be very careful when meeting people they did not know prior to befriending them online. And also agree rules should they wish to meet face to face with online friends.

You can also go through reporting techniques with your child. The mainstream social networking sites, whether it be Facebook, Bebo, MySpace or Twitter, all have report abuse tools. This is where you can tell the company about unsuitable, unsavoury, illegal or inappropriate content.

As in everyday life, you should also encourage your child to have respect for others online. Make sure they know that what they say online is public, and it can’t be deleted. Once published, it is out there and can’t be taken back. Children sometimes don’t grasp this about social networking.

Identity theft and other related crimes are on the rise, and that’s why it’s vital too that you discuss the importance of being careful when disclosing personal information online. While Irish children are among the best at being safe in this area, it’s still important that, as a parent, you teach your child to be selective about photos and information they post.

Social Networking: What if my Child Already has a Profile?

Firstly, ask if you can see the profile. But don’t be surprised if your child is reluctant to show you – kids see social networking as a parent-free zone where they communicate with friends.

In order to open up the channels of communication with your child over their social networking use, don’t be too critical of their online experience or habits to date. It’s not always their fault if there is something inappropriate on their profile.

Sometimes a teenager won’t tell a parent about a bad experience they have had online because they fear being disconnected by their parents. However, if they feel they can talk about their online habits with you, without judgement, it will lead to more honesty in the long run.

Ask your child what privacy settings they have set up on their profiles. Encourage them if they are public, to amend the setting to private so that only friends can see what they post. But also express how once they post something, it can be reposted or retweeted to hundreds and thousands of people who they may not want to see the information.

It’s a good idea too to talk about your child’s friends list. “Friends” is the catch all term for any contacts on social networking sites. But stress to your child that friends aren’t always friends and encourage them to review their contact lists regularly to ensure that only people they trust can see what they post.

Be sure to put emphasis on the fact that any unwanted or unsolicited messages from anyone your child does not know should not be replied to and deleted straight away. Although it may seem obvious, often scam artists or predators use message which draw responses from young people. So it’s good to make sure your child knows how important it is to ignore these types of communications.

Produced for the Internet Advisory Board by the Society, Information and Media Research Centre at Dublin City University, the Get With It series has produced a publication on social networking.

Specifically it gives advice to parents on the issue and goes into more depth on some of the issues mentioned above.

Other useful links for you to have a look at include the Facebook Safety Centre. Here you can get to grips with the largest and most popular social networking site on the planet and what it does to protect its users.

For cyberbullying help, the parents helpline run by the National Parents Council Primary is a good place for information. Click here to find out more.