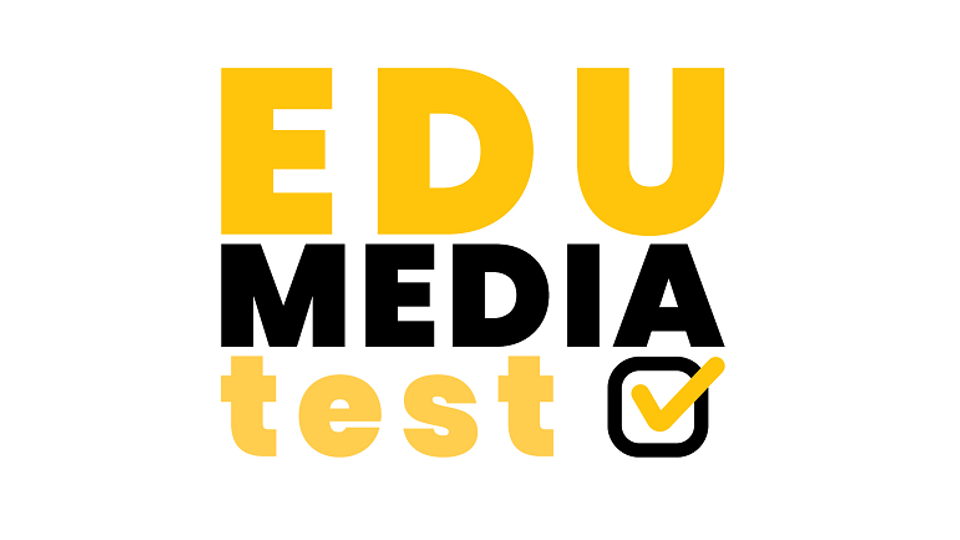 The CAC, UPF and six organisations from European countries offer schools a test to evaluate the skills of pupils aged 14 to 18 in media and digital literacy

The EduMediaTest, which is available in 10 different languages including English and as Gaeilge, evaluates pupils’ abilities in 7 areas related to media education, as well as providing teaching materials to work on any shortcomings detected.

The Catalan Audiovisual Council (CAC) and Universitat Pompeu Fabra (UPF) have been responsible for developing this new tool, together with four media authorities in Europe (Croatia, Slovakia, France and Portugal) and two public bodies in the field of education (Greece and Ireland).

The project has been financed by the European Commission’s Media Literacy for All programme, whose aims include combating disinformation and promoting a critical approach to content received via social media.

Regarding pupil assessment, a questionnaire has been produced comprising 43 questions that are used to measure students’ ability to determine the reliability of news, to detect the hidden agendas of sources, identify the existence of stereotypes and encourage a responsible attitude to copyright. Another aim is to gauge pupils’ ability to create digital messages that are understandable and responsible in terms of their online identity.

To complete the questionnaire, pupils have to analyse videos and photographs, as well as searching online for information. The joint result of the class is sent by the system to the teacher concerned, identifying correct answers and any shortcomings in the following six areas: Language, Technology, Production and dissemination, Ideology, Reception and Aesthetics. Based on the results obtained, the programme proposes activities for media literacy education in the aforementioned six areas, which teachers can apply in the classroom.

The CAC President, Roger Loppacher, has noted that “from now on, schools have a new tool to assess and determine the digital skills and ability to understand messages received in huge numbers by our young people via social media, providing us with more information to help pupils become competent in these areas”.

He explained that “young people don’t only need to be competent in how digital technology works, as indeed they already are, but also need to be critical in handling the large amount of content they receive, to be responsible for the content they produce and spread themselves, and careful with their online identity”.

Good scores in technological skills but shortcomings in critical thinking

To test the new tool, last May a pilot test was carried out with 8,699 pupils aged 14 to 18 from the seven countries involved in the project, of which 1,192 were Catalan.

The European study showed that pupils are competent in technological and digital aspects but have shortcomings in the critical reading of content, as well as in detecting fake news. Pupils obtained their highest score in the section on Technology, specifically access to content, managing content and surfing the internet.

The second highest score was achieved in the section on Aesthetics, specifically the participants’ ability to relate media productions with other artistic disciplines, to detect joint influences and also aspects related to design, music and colour.

The third highest score was obtained in the section on Ideology, which explores how media representations shape each person’s perception of reality. The questions in this section focus on differentiating truth from untruth in news, as well as issues related to disinformation. The lowest scores appeared in the sections of Production and dissemination, Reception and Language.

Recommendations based on the pilot test

As recommendations, the organisations carrying out the project highlight the contradiction that schools tend to focus their media education on technological aspects when pupils are already relatively competent in this area. Specifically, they recommend focusing media education on how messages are received. Another recommendation is to expand school curricula with more subjects on the ideological basis of media actions and the impact of fake news.

As for the three areas in which pupils achieved the weakest results, it is suggested that that this illustrates how students are unfamiliar with the way in which media companies and digital platforms operate. They are also unaware of how media messages are produced according to certain rules, and how messages can have an additional meaning.

In particular, regarding the results of the Production and dissemination section, the recommendation is that specific programmes should be designed and funding provided to increase pupils’ ability to create content, as well as the proposal to improve cooperation between schools and the media, so that schoolchildren can have first-hand, direct knowledge of how media messages are produced.

The highest scores were achieved by the older pupils (15 to 17), so that another recommendation is to reinforce media literacy programmes for younger age groups.

The organisations involved in the project are made up of five European media authorities, two public institutions related to education and one university. Specifically, the five media authorities are: the Catalan Audiovisual Council (CAC); the Agencija za Elektronicke Medije (AEM) in Croatia; Rada pre Vysielanie a Retransmisiu (RVR) in Slovakia; Conseil Supérieur de l’Audiovisuel (CSA) in France and Entidade Reguladora para a Comunicação Social (ERC) in Portugal.

The two educational bodies are the National Centre of Audiovisual Media & Communication (EKOME) in Greece and Webwise in Ireland. The Universitat Pompeu Fabra (UPF) has also been involved to ensure the project complies with the principles of scientific research.

The EduMediaTest project is partly financed by the European Commission