Explained: What is Among Us?

Webwise.ie / Parents  / Get informed  / Explained: What is Among Us? 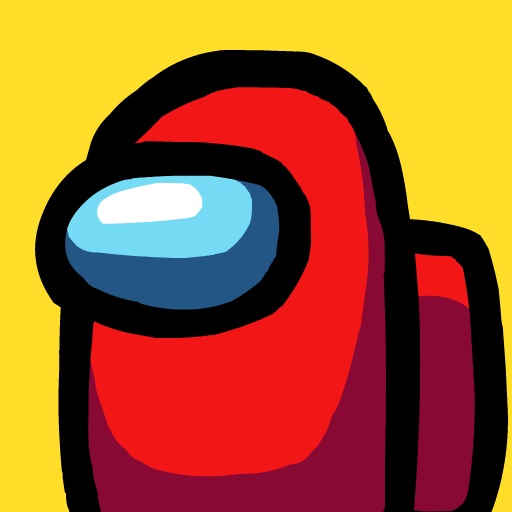 Explained: What is Among Us?

What is Among Us?

Among Us is a social deception game which can be downloaded for free on Android and iOs, or to purchase for use on a PC. It can be played with a group of between 4 and 10 players either online by joining a game with strangers, or players can host or join games with friends.

How does Among Us work?

The premise of the game is simple – players are given the role of either a crewmate or an impostor. The crewmates must complete a list of tasks on a spaceship to get it ready for departure. Some tasks such as ‘Clean O2 Filter’ are relatively quick to complete, while others such as ‘Fix Weather Node’ require multiple steps. However, the game has at least one impostor who is trying to sabotage the ship and kill all the crew.

As the game continues the impostor undermines and starts to kill members of the crew. The game is paused when a body is discovered or to call an emergency meeting to discuss who the impostor might be and why. Players will have been paying attention to the behaviour of others in the game to try and figure out who the impostor on the ship is. During the discussion players will vote for who they think was acting suspiciously enough to be the impostor. If a player gets enough votes they will be ejected from the game, and whether they were a crewmate, or an impostor will be revealed.

To win the game the crewmates must complete all the tasks or discover the impostor. The impostor will win if they can avoid detection and kill off the whole crew.

Although the game was released in 2018, it has seen a huge surge in popularity in the second half of 2020. The app reached the top of the Google Play and App Store charts, and has become popular with gamers who use services such as Twitch and Discord.

The game is fast-paced and easy to play. With in-game chat, teamwork involved, and the facility to set up private games with friends, many players are attracted by the social aspect of Among Us. Players need to use their communication, teamwork and observational skills in order to win the game. The excitement for the impostor is to avoid detection.

Features of the Among Us game

Users can choose to join a public game, join a game created by a friend, or host a game themselves.

The Host function allows players to set up their own Among Us game which gives them the ability to customise the game’s setting, choose the number of crewmates and the number of impostors.

When hosting a game, a code is generated which can be shared with other people to allow them to access the game if it is set to ‘private’. If the game is set to ‘public’ it will be open to everyone.

The host also has the power to remove players from the game or ban them from ever re-entering. However, this can only be done before the game begins or during a discussion.

If a host has set a game to public, this game will be available for any user on the platform to join in the ‘Public’ section. While this gives users a greater number of games to choose for, it does mean that players will be interacting with people they don’t know during game play, and will be relying on the host of the game to take action to ban a player if there is any inappropriate behaviour.

Whenever a dead body is found in the game, or an emergency meeting is called, players can use the chat function to discuss the in-game action and to debate who the impostor could be. The chat function is text based, is accessed through an icon on the top left of the screen, and features a Censor Chat option to filter inappropriate language. 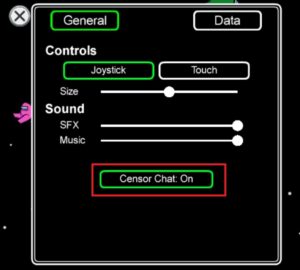 Players can also use Discord servers to talk to each other in the game. 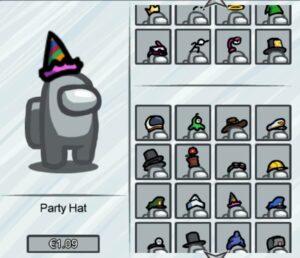 In-app purchases are a feature of the game, where users can purchase additional items such as skins, hats or themed accessories. There are a range of costs for different items.

Among Us is free to download but does feature ads between each game.

Players do not need to set up an account or a profile to access Among Us, and the game has received a PEGI 7 rating indicating that it has mild violence and in-app purchases, and is rated as not suitable for persons under 7 years of age.

Among Us currently has limited in-built reporting or safety features apart from an option to Censor Chat from inappropriate language.

If another player is acting inappropriately the only person with the power to ban them is the host. This means that other players are relying on the host to take action as they have no blocking tools themselves.

What do parents think?

Ciaran, Dad to an 8 year old boy who recently started playing Among Us shares some advice on talking to your child.

“It sounds simple, but we’re all so busy and as parents can sometimes make assumptions that they are safe online and mean to look at it, but I think a great exercise would be to have a chat with your son/daughter and ask them to explain the game and ask the question, ‘how do you keep yourself safe on Among Us?’

You could follow that with, ‘has anyone ever been bold when playing that you’ve seen?’ . I was surprised with the honesty. I guess sitting down with them whilst they play would be a great idea also, no better learning than like this in person.”